- News - Francesco Rocca wins re-election as President of the IFRC 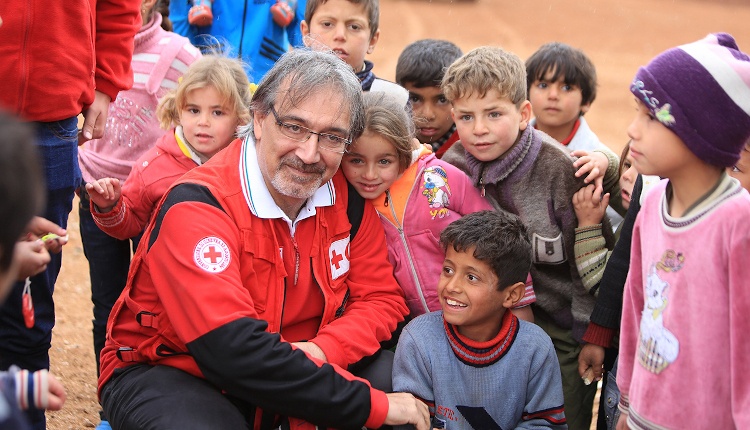 On his re-election, Mr. Rocca said: “We are living in extremely turbulent times. The dangerous roads of global economic instability, food shortages, the climate crisis and health emergencies are converging to create an unprecedented moment of risk for the world.

“I am proud to take this challenge together with our 14 million Red Cross Red Crescent volunteers who at this very moment are doing their utmost to serve their local communities”.

Mr. Rocca lauded the role of localization in humanitarian response and pledged to continue to be the champion of investment in community-level action: “The pandemic showed to the world the critical role played by local actors, like our Red Cross and Red Crescent volunteers, when responding to crises. Localization of humanitarian aid is the single most effective way to save lives and to build safer, stronger and healthier communities”.

Addressing the increasing humanitarian impact of the climate crisis, reducing growing health inequalities, support for and protection of migrants are the top three priorities listed by the new IFRC president.

Mr. Rocca urged the international community to put global solidarity first and translate it into action: “When there is political will, open dialogue and decisions are made multilaterally, everything is possible.

“The political, public and humanitarian response to the Ukraine crisis has shown what can be done when humanity and dignity come first, when there is global solidarity and the will to assist and protect people.”

The role of IFRC President is a volunteer role. Rocca began volunteering in the late 1980s working with asylum seekers and refugees in Italy. He joined the Italian Red Cross in 2007 and was elected National President in 2013. At the IFRC, Rocca previously served as governing board member and Vice-President for Europe. A lawyer by training, Mr. Rocca started his professional career fighting organised crime. He then moved into health administration.

Four new Vice-Presidents and 20 governing board members representing each of the IFRC’s geographic regions, are also voted into office.

We congratulate Mr. Rocca, wish him success and thank him for the strengthening of the Red Cross and Red Crescent Movement around the world!