The Latvian Red Cross (hereafter – LatRC) is a non-governmental non-profit volunteer-led humanitarian organization. Its operations cover the whole territory of Latvia. LatRC local divisions are located in each district, and each district has branches located in cities, municipalities and organisations – 14 branches in total. LatRC provides assistance as close as possible to the places where people reside.

LatRC supports the public authorities in their humanitarian tasks, according to the needs of the people of Latvia. LatRC helps people in crisis, regardless of their nationality, race, religious beliefs, class or political opinions. LatRC has accumulated many years of experience in working with population groups at risk of social exclusion – individual clients, groups, families with children, third-country nationals, asylum seekers, refugees, persons with alternative status, etc., thus facilitating the client’s crisis management and inclusion In Latvian society. In its work, LatRC  is guided by the Fundamental Principles of the International Red Cross and Red Crescent Movement: Humanity, Impartiality, Neutrality, Independence, Voluntary Service, Unity and Universality. 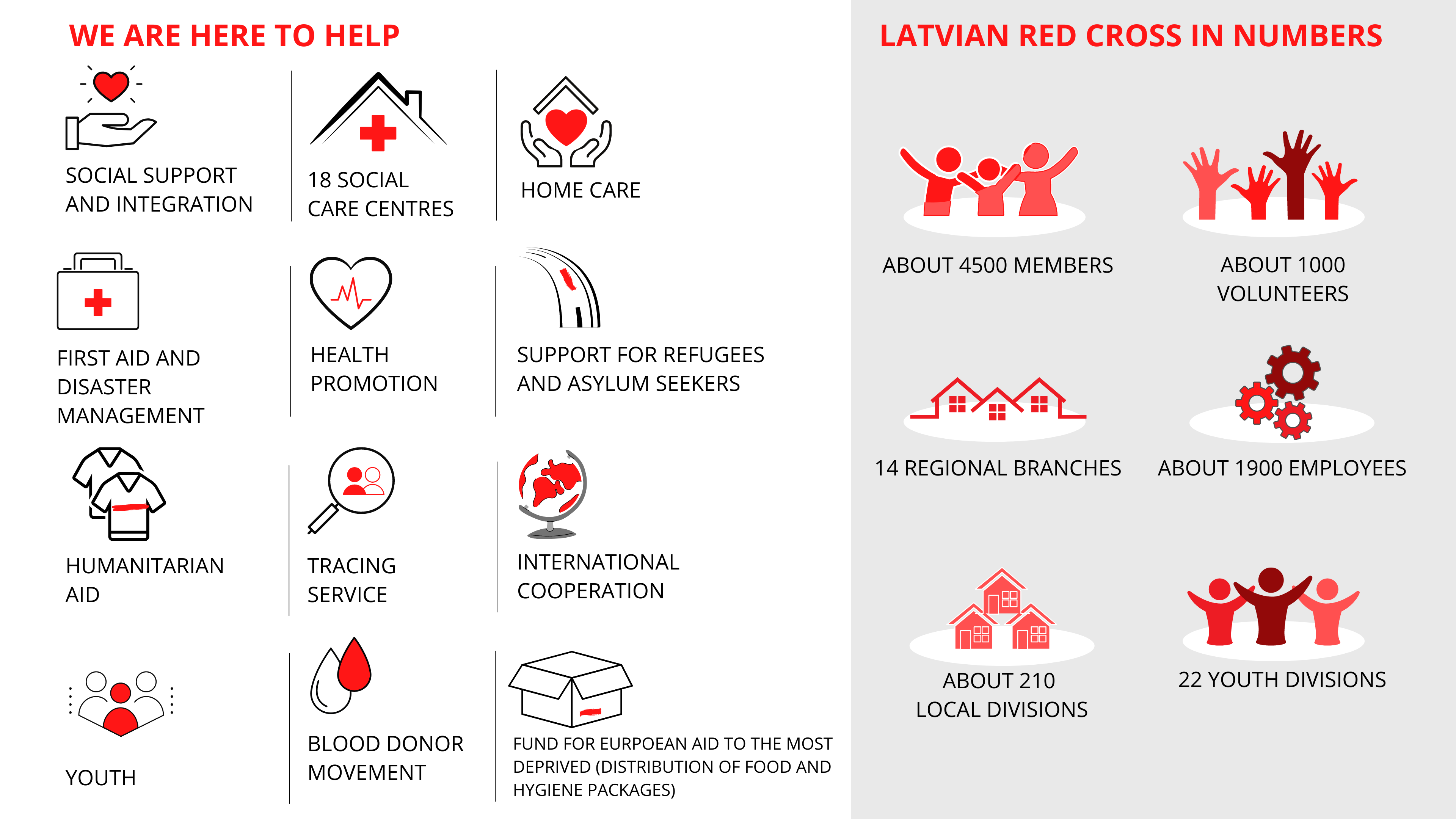 History of Red Cross in Latvia

The society of Sisters of Mercy was founded in Latvia in 1922. The first Latvian Red Cross Youth groups appeared in 1923. Later that same year (1923) LRC was recognized by the International Federation of Red Cross and Red Crescent.

Latvian Red Cross (hereinafter – the LatRC) implements and participates in international projects with an aim to improve the living conditions of the unprotected inhabitants, to advance social integration and a healthy lifestyle, as well as to educate people on the provision of first aid, safety, the reduction of discrimination and other topical issues in society.

The Red Cross emblem (a red cross on a white background) represents the inverted flag of Switzerland? This was a tribute to Henry Dunant, the Swiss founder of the Red Cross Movement.

The emblem was adopted in 1864 with the First Geneva Convention. 155 years on, it remains a symbol of protection and hope.

You are very welcome to learn more about Latvian Red Cross international projects!