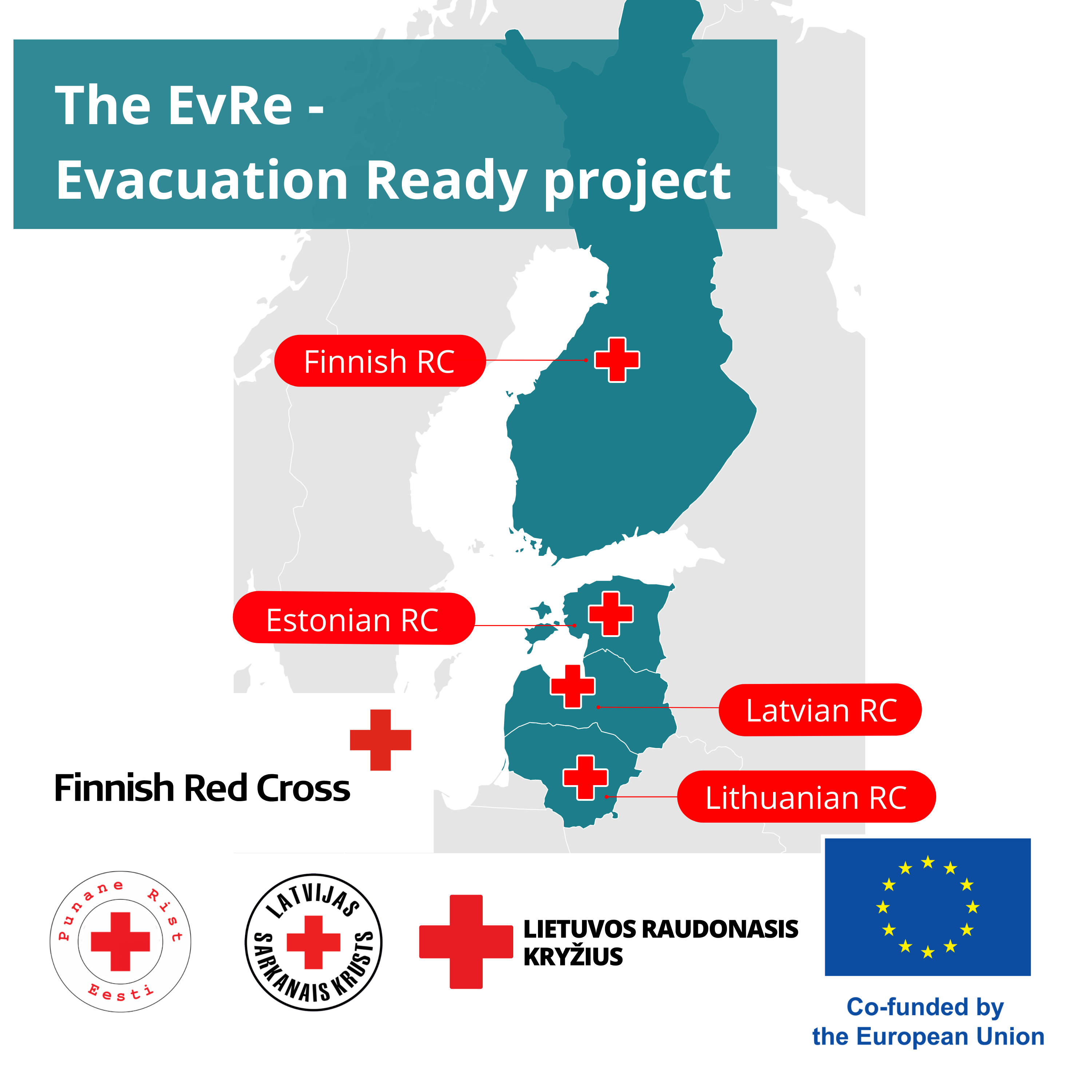 The Latvian Red Cross (LatRC) together with the Finnish RC (main coordinator), the Lithuanian RC and the Estonian RC have been implementing the European Union-funded project “EvRe – Evacuation Ready” since January 2022.

Baltic states Estonia, Latvia and Lithuania as well as Finland are geographically situated in the eastern coast of the Baltic Sea. Population of this area is about 11,551,000 people. Countries shared coastline is almost 70 per cent of the Baltic Sea coastline. Baltic states and Finland share common features and challenges, including similar risks of emergencies and crisis that can have national but also regional implications. These include the impacts of climate change, socio-economic instability and segregation, migration, terrorism, and geopolitical tension.

Evre – Evacuation ready project will deepen the co-operation of Red Cross and civil protection authorities focusing on enhance capacities for set-up and organize evacuation centers with various emergency support services. Project will create standard operation procedures (SOP) for joint operations and by establishing new capacities for large-scale evacuations in cross-border operations caused by emergencies, natural disasters or other types of hazards. The project strengthens the Red Cross auxiliary role to authorities on large-scale emergencies at national and regional level.

More about the project