BALTPREP welcomed ideas from key stakeholders in the kick-off event held in Helsinki. 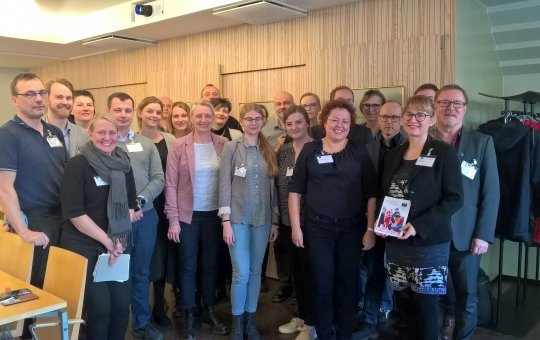 On 26 March, 2019, representatives of Latvian Red Cross went to Helsinki, Finland to join project BALTPREP (Enhancing regional preparedness and response capacity for major accidents in the Baltic Sea region) opening event, where project team met with civil protection authorities and other sectoral experts. The guest organizations were Estonian Rescue Centre, Danish Emergency Management Agency DEMA, Finnish Ministry of Interior, Finnish Border Guard, Social Emergency and Crisis Centre, Vantaa and Finnish Federation of the Visually Impaired.BALTPREP team, consisting of seven Baltic Sea region Red Cross national societies, presented their project and discussed issues pertaining to civil protection and regional cooperation with civil protection authorities from Denmark, Estonia and Finland.It makes sense to cooperate more and learn from each other – both domestically and regionally Civil protection authorities raised the importance of continued information sharing and exhange with civil society. They valued existing joint planning, exercises and training with Red Cross national societies, and saw potential in enhancing the cooperation. For example, the Red Cross national societies could be a potential partner regarding the management of spontaneous volunteers.
The support that a volunteer-based organization offers to civil protection authorities was acknowledged, albeit the context differs in the Baltic Sea region from country to country. The legal architecture framing the cooperation, for example, is dissimilar in different countries in the Baltic Sea region. Civil protection authorities’ panel discussion on cooperation with Red Cross National Societies was led by Senior Specialist at the Finnish Ministry of Interior, Jari Honkanen. The participants were Head of section in DEMA Stine Bentien Hundebol, Leading Specialist in Western Rescue Center Eimar Täht from Estonia, and Reetta Voutilainen from Social Emergency and Crisis Centre, Vantaa in Finland. Photo: Finnish Red Cross. The kick-off event was opened by the Director of International Operations and Programmes of Finnish Red Cross Kalle Löövi who expressed the intent to increase information sharing in the Nordic and Baltic regions. The closing words were given by the Head of International Disaster Management Unit Tiina Saarikoski who noted that the regional work started by BALTPREP will continue also after the project. 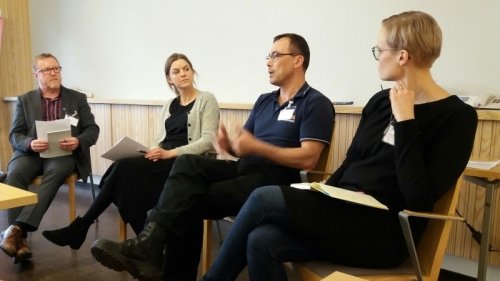 The implementation of the international project “BALTPREP” continues in February